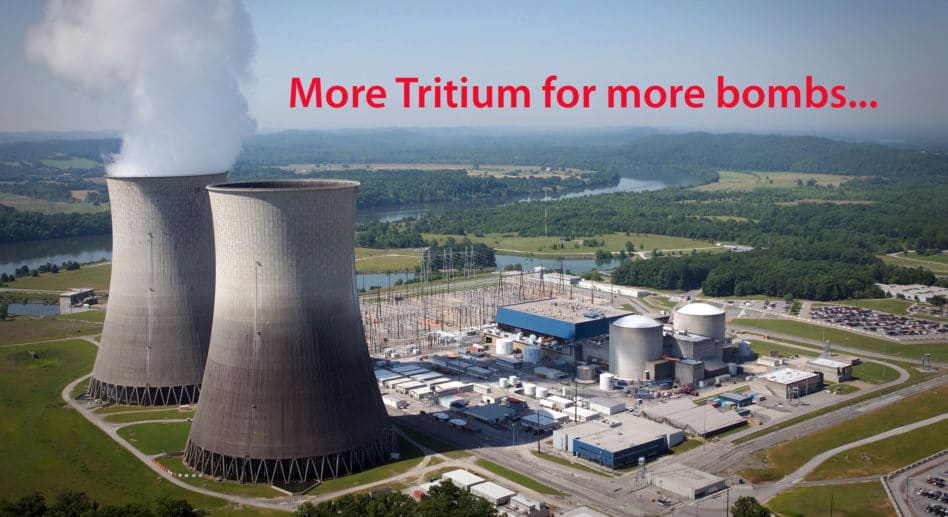 Can irony be delicious and poisonous at the same time?

Six months after the destruction of Hiroshima and Nagasaki by US atomic bombs, in January 1946, President Truman appointed a committee that including David Lilienthal of the Tennessee Valley Authority and Robert Oppenheimer, architect of the Manhattan Project, to plan for the atomic future.

In June of 1946, Bernard Baruch presented a version of the committee’s proposal to a special United Nations committee calling for the development of an Atomic Development Authority that would “establish oversight of the use of atomic energy in the hopes of avoiding the unchecked proliferation of nuclear power in the post-World War 2 period.”1

The plan, which locked in the US monopoly on nuclear weapons, was doomed to fail, and it did, when the Soviet Union and Poland abstained.

But the realization that lay behind the plan—the need to separate “peaceful” and “military” used of atomic power in order to constrain the spread of nuclear weapons—remained a pressing challenge, visited on numerous occasions by the UN, until finally, in 1968, the Nuclear Nonproliferation Treaty was passed.2

Article III of the NPT obligates non-nuclear weapon states who sign the treaty to accept “safeguards…with a view to preventing diversion of nuclear energy from peaceful uses to nuclear weapons or other nuclear explosive devices.” Article III codifies, for the 191 nations that have joined the treaty, a global norm that has been effective in erecting a wall between civilian nuclear power reactors and military nuclear weapons programs.

It would be almost thirty years before a rogue state broke through that wall, undertaking the production of radioactive tritium for nuclear weapons in a commercial power reactor. Care to venture a guess about the identity of that state?

No, not Iran. Not Israel, and, no, not North Korea.

By now you’ve guessed—it was the United States. In 1999, the Department of Energy made a decision to produce tritium, a radioactive isotope of hydrogen that is a “key component” for US nuclear weapons,3 in the Watts Bar Unit 1 nuclear reactor in Spring City, Tennessee. Watts Bar is located on the Tennessee River between Knoxville and Chattanooga.

It was not an unconsidered decision, just an arrogant one. Waiving the “rules” for ourselves is standard procedure for the United States. The explanation offered for the tritium decision is one that contains its own counter-argument.

The Watts Bar reactor is operated by the Tennessee Valley Authority, argued the government, and TVA is a quasi-governmental agency, so it is not technically a “commercial” reactor. Of course, the truth is that TVA sells the energy generated from the Watts Bar reactor on the commercial energy market — by any definition in the world, it is a commercial power plant. And the DOE Environmental Impact Statement’s title includes these words: “for the production of Tritium in a Commercial Light Water Reactor.” 4 Duh.

Well, said the government, the ban on crossover from civilian to military applies only to “special nuclear materials,” and those are defined (by us) as uranium and plutonium. This hair-splitting indicated DOE knew how shaky the ground it stood on was. Tritium is a nuclear material, and the tritium being produced at Watts Bar in specially formulated fuel rods is exclusively for military use in nuclear weapons.

Finally, indicating that it knows full well what it is doing (rather than what it is saying), the United States has taken the unusual step of making sure that all uranium used in the Watts Bar reactor is “US-sourced.” This is a requirement not for commercial power facilities; they buy their uranium on the global market. But it is a requirement for operations that are part of a nuclear weapons program—international import/export controls are in place to assure that uranium and plutonium meant for weapons programs do not cross international boundaries.

But, not to worry. Having it both ways is a long-standing practice of the United States—even today, headlines decry and threaten the Iranian nuclear program despite the fact that it is doing absolutely nothing the United States has not done tens of thousands of times.

Who is the United States fooling? No one. When Egypt announced in 1999 that it would construct a nuclear reactor, it gave assurances that the reactor would not be converted to military purposes, nor would it be a “dual use” (military and civilian) reactor. But, Egypt added, we take note the United States is already doing this in a reactor in Tennessee.

Understanding the process of producing tritium in a reactor can be challenging because it is technical. But the basics are simple. Reactors normally are fueled by thousands of uranium fuel rods assembled in a pattern that enables the nuclear reaction that gives off heat that boils water that makes steam that turns turbines that generate electricity. (That’s right, all nuclear reactors really do is boil water. Oh, and produce massive amounts of highly radioactive waste that will remain deadly for hundreds of millions of years.)

In order to produce tritium for nuclear weapons, some of the uranium fuel rods are replaced by specially formulated rods called “Tritium Producing Burnable Absorber Rods.” While these rods are in the reactor, some of the material inside the rods (Do you really need to know? There is a lithium aluminate ceramic material in a TPBAR which, when struck by neutrons in the reactor, produce tritium. Are you happy now?)  is converted into tritium. The Environmental Impact Statement says the tritium is “held in the rod in solid form.”5

Unfortunately, like so much of what the government says about this program, that last bit is just not true. In the original EIS, the Department of Energy predicted that each TPBAR in the reactor might release as much as one curie of tritium into the reactor cooling water and, eventually, into the Tennessee River.

In 2014, when the National Nuclear Security Administration decided to broaden its tritium production activities by including Watts Bar Unit 2 and, if necessary, the Sequoyah Nuclear Power reactors near Chattanooga, they admitted that those early estimates were off just a wee bit – like 300 – 400%. That’s right—each TPBAR was releasing 3-4 curies of tritium through a process called “permeation.” The tritium was leaking through the metal cladding of the fuel rod. Does that sound like it was “held in the rod in solid form”?

But we’re getting ahead of ourselves. In 2002, the Nuclear Regulatory Commission granted TVA a license amendment to permit up to 2,304 TPBARs to be irradiated in Watts Bar Unit 1 each fuel cycle (a fuel cycle is 18 months); the number was cut to 240 after TVA did some accident analyses. The number was increased to 400 in 2008, and to 704 in 2009. The increases were not granted because tritium releases were reduced or because safety concerns were addressed; they were granted because the NNSA needed more tritium for bombs.6

By 2014, DOE was looking at increasing the numbers again, to 2,500 and, if needed, up to 5,000 TPBARs. These numbers took into account that there might be reactor outages that would require additional tritium production to make up the difference. This was done despite the fact that the projected amount of tritium needed for nuclear weapons actually declined since 1999.7

In the end, Watts Bar Units 1 and 2 were licensed to allow up to 1,792 TPBARs per fuel cycle. Until now. Now the NNSA has “asked” TVA to increase the limit to 2,496 TPBARs for each of the reactors, a 40% increase. The Nuclear Regulatory Commission is considering the license amendment request.

If the license amendment is granted, and both reactors ramp up to full production capacity, the Tennessee River will be the sewer for the 7,500 – 10,000 curies of radioactive tritium released from the reactors because of leaking TPBARs. The result will be radioactive water in the Tennessee River and the fish and turtles and other wildlife that consume that water.

The reason for the ramp up in tritium production is even more deeply troubling. Decisions taken by the United States in the last ten years have resulted in a full-scale global nuclear arms race, with the US outspending China four to one, and spending five times as much as Russia. This arms race started with the US decision to “modernize” its nuclear program, starting with new bomb plants. More than $2 trillion will be spent over the next twenty-thirty years—all of it to continue holding the devastating nuclear sword of Damocles over the head of humanity.

Central to the US arms race effort is maximum production of all nuclear weapons materials and components—including tritium in the commercial reactors of the TVA.

1 US State Department, Office of the Historian, Milestones in the History of US Foreign Relations

2 United Nations Office for Disarmament Affairs. The Treaty opened for signature in 1968; The US and the USSR were the first nations to sign. The Treaty entered into force in March of 1970 and was extended indefinitely in May of 1995.

4. see footnote immediately above for full title of the document.